A wild cover has appeared

I don't have much going on right now (that I can talk about) so here, have a cover. 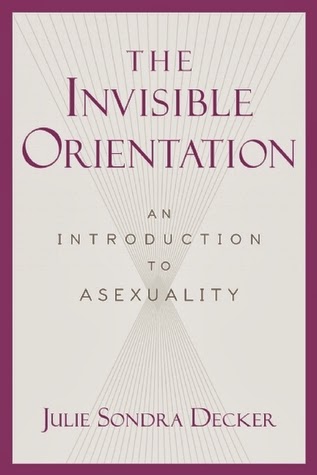 This appeared on Goodreads so I guess it's public now, but as I understand it, it's actually not finalized. We'll see if it updates or changes at all in the next few months.

Some of the folks who have seen it so far have said a) it looks like the cover of an inspirational religious book, or b) it's kind of boring, but truthfully I'd rather either of those things than a cover with an inappropriate image on it. And inappropriate images attached to media about asexuality has been a problem in the past. (Link explains how frustrated people in bed, images of innocence, and comparison to lack of genitalia or non-human biology has contributed to misleading perceptions about asexuality.) Of course, I don't really want the "looks like a Bible" vibe either since association with celibacy and "purity" are damaging to asexuality too.

But I'm not a very visual person and it wouldn't bother me if this design was judged appropriate by my distributor. Maybe I'd just like slightly more contrasting and interesting colors or something, if it were up to me.

(In case you're wondering . . . it's not. A lot of people have a misconception that authors control what's on the cover of their books. Usually nope.)
Posted by Julie Sondra Decker at 5:10 PM