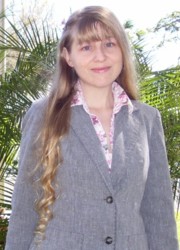 I write. It's pretty important.

Since I'm a serial rambler, the novel medium is the one that called my name. I've written ten novels and have a few others in progress or planned. I've also written more than two dozen short stories, a lot of rants and essays, a nonfiction book, a bunch of articles (some of which are published), and some hilariously bad poetry.

I also do webcomics. I'm the author of Negative One (a long-form fantasy webcomic) and So You Write (a strip-style toon with writing-related jokes).

I'm pretty well known as an asexuality awareness activist. I write articles on this mostly invisible orientation and sometimes I get interviewed in mainstream magazines or radio or even movies. I keep an up-to-date listing of my speaking engagements, interviews, and appearances on my main site's media page, and a list of my published articles is available there too.

My nonfiction book on the topic, The Invisible Orientation, is represented by Andrea Somberg of Harvey Klinger. It was published by Skyhorse Publishing/Carrel Books on September 2, 2014.

I’m forty-four years old, not interested in dating or marriage, and not planning to have children.  I’m an aromantic asexual woman, a vegetarian, a natural blonde, an eldest daughter, a soprano, a good speller, an editor, and a creativity junkie.  I’m 4’11″ tall; I type well over 100 words per minute; I live in Florida, USA; I don’t know how to drive; I have Russian, Hungarian, German, and French heritage; half of my family is from Jewish roots and the other half is from Catholic roots; I live alone in a two-bedroom apartment; and I graduated from the University of Florida in 2000 with a Bachelor’s in  elementary education and a psychology minor.

In case you were wondering, "In Propinquity" is this blog's title because I nicked it from a quote in Keith Miller's fantastic book The Book of Flying:

"But keep characters in propinquity long enough and a story will always develop a plot."