New short story and I'm back in the saddle

So I haven't written any new fiction this year.

The last short story I completed, "In Love With Love," was written in September of 2012. And except for a somewhat minor rewrite/reorganization of some stuff in Bad Fairy, I haven't been writing fiction at all. As mentioned in a few blog posts, I felt I was a little too emotionally drained by the submissions process to feel particularly creative, so I focused on my nonfiction and ended up getting representation for THAT and going on submission for THAT. (It's going well, thanks, but nothing I get to report yet!) 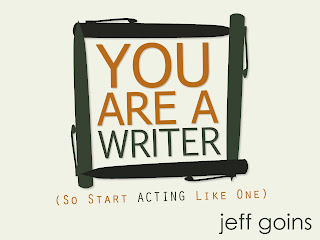 As a way of being in the writing world without actually doing any writing, I plugged in pretty hard reading blogs, helping with contests, coaching writers on their queries, editing for others, all that fun stuff. And I've been blogging, tweeting, reading, running webcomics, making videos, popping up in the media--all pretty hardcore. But the down side of all the Internet partying with writers is seeing them all Actually Writing and knowing I'm just not doing it.

I've been missing it, and I want to start writing the next book in the Bad Fairy series, but when I start a book it just comes so hard and fast that I don't know if I can do that to myself while dealing with the other stress of being on submission. I decided to test out my ability to create fiction in this mental environment by working on a short story.

Banged out 5,000 words in a couple days. No problem, though that's a little slow for me. The story wasn't done when I had another idea and decided to knock that one out first since it was a smaller idea and it was a rewrite/reimagining of a story I already wrote in 1997. I finished it yesterday.

I'm happy with it, complete at 5,000 words. It's a slightly queer fantasy story with mother/daughter themes, featuring a peculiar nameless narrator who is not the story's focus character. My protagonist is challenging to write because she does not have the ability to speak. But the story was also difficult to write for a different reason.

I was very self-conscious while writing the story. I think that's why it was slow--it took me more than a week to write it. I've been reading so many blogs and listening to so much writing advice that I think it's caught me in the middle of digestion and I'm trying to use what I'm still learning as a framework while I'm creating within it. I have a new perspective on how frustrating it is if you're one of those people who keeps mercilessly self-editing while you're writing. I never used to do that before. 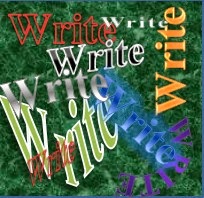 I found myself getting irritated over my tendency to use too many words to say something simple. I kept picking on myself for using thought verbs or wondering if my exposition looked too bald. I kept asking myself if I was moving the story forward fast enough and if it was clearly going toward something definable--was there enough tension? Was I escalating things properly? Could I really spend only 5,000 words on someone's story and still lay down clear roots for the characters and their alternate culture while telling a mother/daughter story and solving a problem?

I know being hyper aware of my process is a natural effect of learning new techniques and improving my craft, and I know it'll all absorb smoothly someday soon, but right now I feel like I'm thinking around it too much and I don't like it. It's like getting a new pair of shoes and breaking them in. Or are you breaking your feet in and letting the shoes shape them? I can't help thinking it's the latter. Things will be comfortable again once my feet fit in the shoes, and I don't want that to happen by scuffing them up and relaxing their definition. I want them to be presentable and shiny, but I need to be comfortable wearing them or I'm just going to look awkward walking around.

I'm glad I'm having a chance to get this out of my system before attempting to write my next book.

I'll fine-tune this one and continue to write the other one, and maybe I'll look for a test reader or two. (Holler if a 5,000-word alternate-world mother/daughter relationship story about a girl's coming of age sounds cool to you. Or if you know a magazine I might submit to; fantasy-specific magazines with an interest in LGBT stories would be a plus, though I have my eye on two particular ones already.) I'll fiddle with this stuff and move forward with the process, and by the time I'm ready to start a novel again, hopefully my feet will fit in the shoes without the awkwardness.
Posted by Julie Sondra Decker at 3:35 AM