My first published short story, "Your Terms," has been published in Timeless Tales. Here's where you can read it!

If you're going to read it, please do so before reading the rest of this blog entry, because I want to ask you some questions about it, but I'd rather the questions don't influence your reading of the piece. 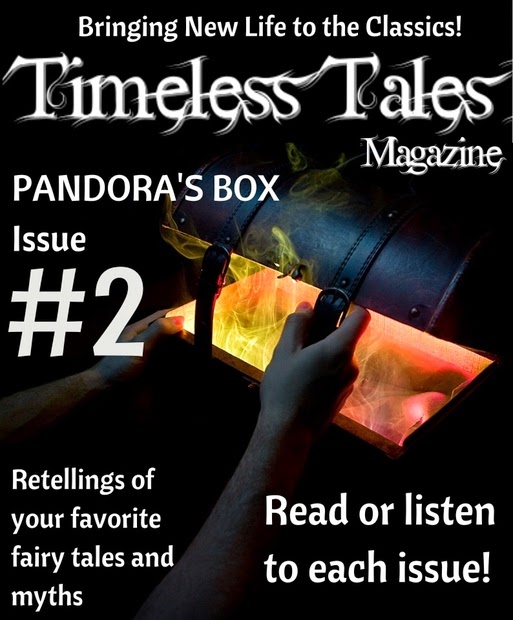 My story is the last one in the magazine, plus there are author bios for everyone with commentary on why we each wrote the story we did. Mine spoke to the importance of people with invisible illnesses and disabilities being respected and being regarded as deserving agency in their lives, along with a discussion of why it's dangerous to regard people with certain illnesses and disabilities as "inspiring" for the rest of us. Its central character--though not its perspective character--is a woman with agoraphobia.

The first-person narrator does not have a revealed gender.

If you read the piece, did you "feel" the narrator as any particular gender? Would you reveal your thoughts in the comments?

Writers, have you ever done this? Written a piece with a character whose gender is indeterminate and whose identity is not the focus? Readers, what other pieces, if any, have you read with narrators of indeterminate gender? I'm curious how common it is.

Also, if you've read my story, I'd love to hear what you think. Timeless Tales doesn't have a comment option, so I don't know what people thought of it if they are readers of the magazine, and despite the fair number of "Likes" on their Facebook page, no one's answered the question of which story was their favorite in the post about the new issue.

Anyway, I'm excited that my first short story has finally gone live, and since I sold another one that will drop next year, I feel like I'm on a roll. I'm working on finishing a short story that I left on hiatus, and I'm going to try a revision on another one and start submitting more. Hopefully that short story will be finished soon. If you're interested in test-reading my next piece--a deconstruction of romance tropes in the context of a bizarre stalking incident, with heavy queer representation--please let me know in the comments!
Posted by Julie Sondra Decker at 10:02 AM