HEY EVERYONE! So I decided to do a WRITING SURVEY in place of the 30-Week Blog Challenge I have been doing from Marie's blog for the last thirty weeks. I finished it last Monday, and I figured I would kinda miss having a blog challenge to do on Mondays, so I'm doing this one!

If you would like to also do this survey, that would be awesome! Link your blog in the comments and tell me you're doing it! (Your posts don't have to be on Mondays, and you can start whenever you want, but it would be fun if some writer blogger people would do this with me!)

THE QUESTIONS FOR ALL THIRTY WEEKS ARE NOW ON MY MENU BAR. THE LINK FOR REFERRING TO AND SHARING IS HERE!

WEEK 1: Tell us about your favorite writing project/universe that you've worked with and why.

Many writers will suggest that asking them to choose between their projects is like asking a parent to choose which child they love the most. The love for each "kid" is different and exists for different reasons, but it is incredibly hard to quantify.

But for purposes of this question, I suppose that my first novel series, The House That Ivy Built, has to be my "favorite," considering a) it's been a part of my life since 1996, and b) it covers so much ground that it's more like a collection of stories than a single story, which makes it have all the more to love.

Unfortunately, being that its core is something that spun out of my impressionable teenage brain when I was just starting college and I was NOT an experienced or particularly good writer at the time, it is just plain not publishable. This is especially depressing considering some of the more recent stuff from it turned out surprisingly good and I'll still never take it anywhere. 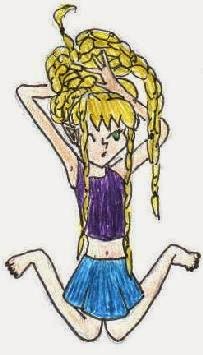 Negative One, my webcomic, is part of this universe. Anyone who reads it can see how much history it's got and how many tangled relationships existed even at the point that this prequel-type story starts . . . and the dang thing's been going on for nearly nine years. Readers of the webcomic can surely see that I put a lot into these people and that they occupy a special place in my heart.

The series has six novels--two of them never finished--and a webcomic in it, plus a few little short stories I did as exercises. (For instance, in the second novel there was a bit where a character's reminiscing seemed forced to me, so I wrote a short story about her life and the part of it that intersected my main character's. That way I could know what she'd been through because I'd GONE there, not just thought about it.) The webcomic's storyline is shared by five narrators who each get their own first-person crack at telling the story, but mostly the novels just have one narrator--Ivy herself, starting at age sixteen. I'm hoping the webcomic version of her is able to reconcile with my conception of her as a teenager. I'm liking the challenge of writing about her from the beginning of her life and trying to show how she became that person.

Why is it my "favorite"? It's pretty hard to verbalize, but I guess I love it so much because I like the "ordinary lives of the extraordinary" concept. Ivy and some of the others are extremely unusual people, but they have some rather ordinary problems on top of their unique ones. Incredibly powerful telekinetic abilities notwithstanding, baby Ivy still freaks out at thunderstorms and needs someone to change her diaper, and teenage Ivy stresses over homework and boys and whether people think she's weird pretty much like anyone her age. (She has more reason to suspect that people might think she's weird, but hey.) The world through her eyes is a pretty interesting place, and it's changed the way I think.

GET THE WRITER BLOGGER QUESTIONS NOW! DO IT!
Posted by Julie Sondra Decker at 2:13 AM