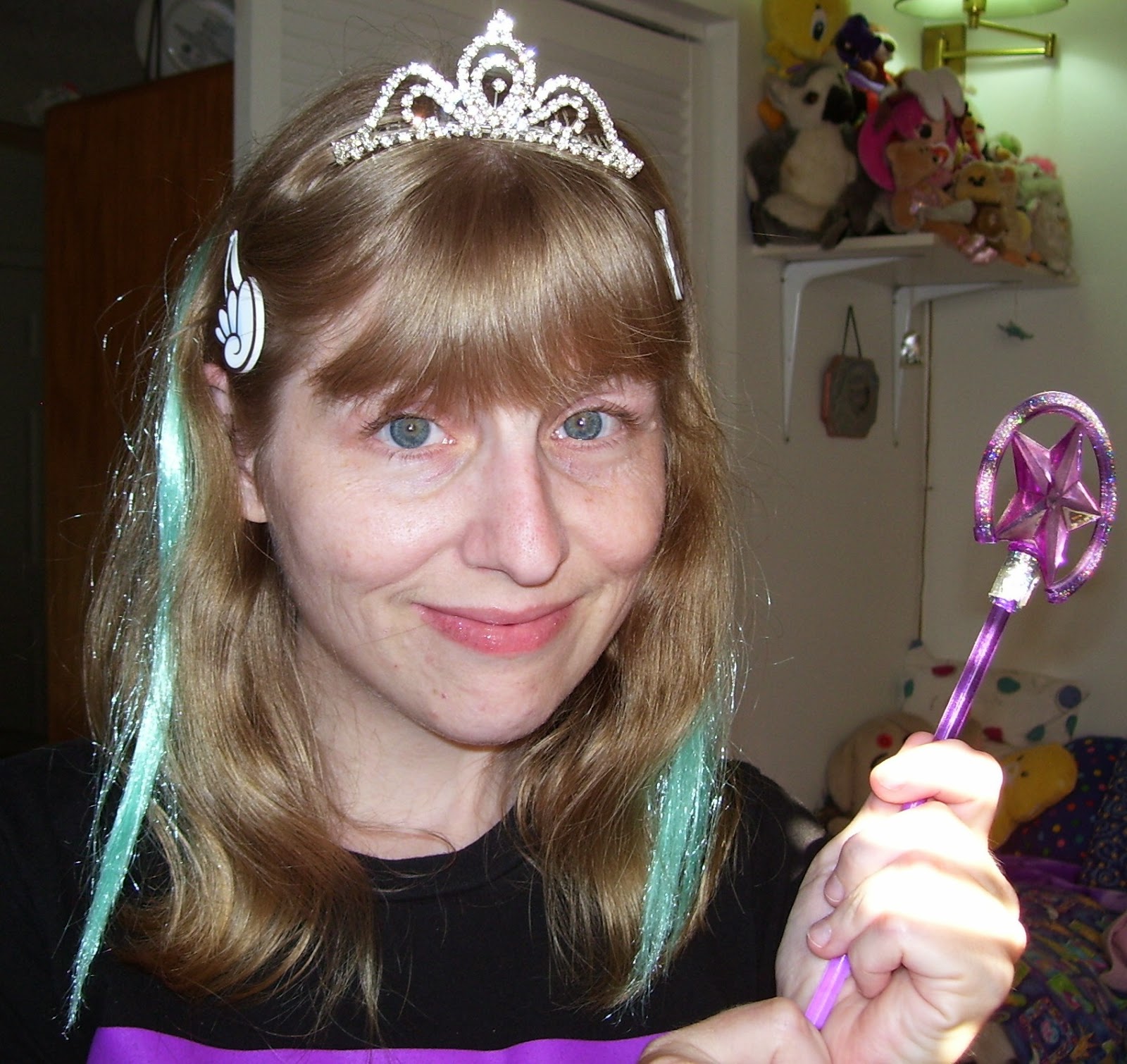 Hi! I am Julie Sondra Decker. You may call me Julie. (I also answer to "Fairy Princess of Queries" or just "Goddess.") I'm accepting Adult and New Adult applications this year in Brenda Drake's Pitch Wars contest! This is a contest for agent-seeking authors to get paired up with mentors who can help make their publishing dreams come true. Yes, we are in the business of granting wishes here! (Good thing I brought my wand.) If you want the particulars on how to submit your completed, edited, unpublished, ready-to-query manuscript to be considered by mentors, check out the details. Now on with the reason you're here: THE PITCH WARS MENTOR BIO THAT WILL MAKE YOU CHOOSE ME AS YOUR LEADER AND DIVINE RULER, I mean, your mentor. If you have questions about if your work is right for me, "me too!" comments, or want to introduce yourself, post a comment or say hey on Twitter (@JulieSondra)--personalized queries aren't possible this year so now's your chance. ;)

ABOUT ME: THE SHORT AND SKINNY FACTS


I'm Julie. It's totally my mom's favorite name. I write everything except screenplays and stage plays: that includes novels, short stories, essays, rants, and bad poetry.


My fantasy/fairy tale retelling trilogy, Bad Fairy, is represented by Michelle Johnson of Inklings Literary. (It's on submission.) My nonfiction book on asexuality, The Invisible Orientation, is represented by Andrea Somberg of Harvey Klinger. (It comes out September 2.)


I refuse to be married to one genre--I'm a free-spirited writer, for cryin' out loud!--but I usually end up writing stories in the speculative fiction field--fantasy, science fiction, and anything sort of weird. I do like writing YA fiction, but I primarily write for grown-ups. Here's what I've been reading!


I'm a music nerd and a soprano. I love musicals and was once a music major. I sometimes pretend to be an artist--I do two webcomics, and one's about the author life! I like baking bread and cake. I've been a beta reader and professional editor since 1999. I always wear two different colored socks. I have no desire to get married or have kids, but I'm the coolest aunt ever (and this is an objective fact). I've been a vegetarian for over 15 years. I have appeared in most of the types of media known to humankind, including movies/TV. I live by myself like a cool hermit. I am a fun-size tiny adult at just under five feet tall. I live in Florida. I love nostalgia. I enjoy playing Dance Dance Revolution. I love babies. I hate onions and will react violently if you try to make me eat them. I'm always too busy to take on any more projects, but I'm always taking on more projects. (Apparently I love pain.)

MY BRAGGING RIGHTS (AKA WHY YOU SHOULD SUBMIT TO ME):


MY GENRE PREFERENCES, FAVORITE SUBJECTS, AND PREFERRED STORY ELEMENTS:
I will accept any Adult or New Adult manuscript, and all I ask is that fantastic characters take the lead and make me love them. I want to hear their voices, believe them, root for them, connect to them. Make me believe that the characters, not your plot outlines, were running this show from beginning to end. However, I have more experience with and more enthusiasm for some genres than others, and if all things are equal, I will give preferential treatment to my favorite genres and story elements, just like an agent would. I may be the best mentor for you if your book contains one or more of the following: 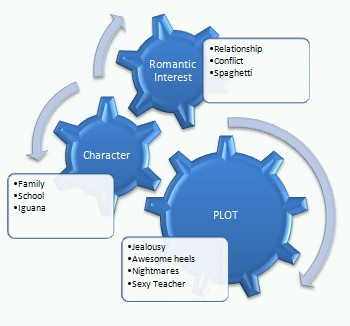 It's fine to have stories that depend on suspension of disbelief because of magic, pseudoscience, and supernatural happenings. But as soon as you ask me to believe in a character who behaves in an internally inconsistent, nonsensical way to forward the plot, I'm outta here.


I am not the best mentor for you if any of these describe your book: 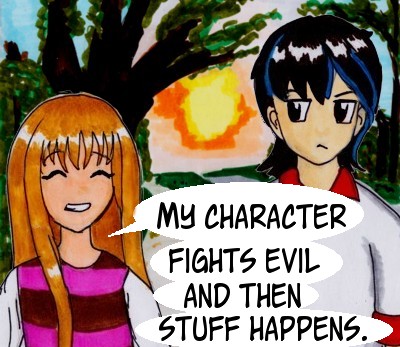 ABOUT YOU: MY IDEAL PITCH WARS MENTEE


I value good execution over good concept,  but I hope you have both. I am an editor but I'm not a literary janitor, and what I want to see is someone who's done their homework. I am very thorough in responding to a manuscript--and that means I tell you what you're already doing well as well as what you might need some work on. I am very friendly and fair, but I am also borderline merciless. You want me for your mentor if your baby could use some tough love along with the sweet talking. 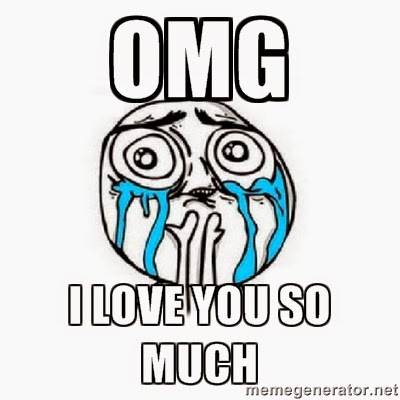 I have stayed in touch with some of the people I met through Pitch Wars last year, offering and receiving help and support both publicly and privately. Even if you're not applying to me--or even if I don't pick you--feel free to be my pal on social media; I'm @JulieSondra on Twitter, Facebook, or YouTube.

Despite the big talk we mentors throw around sometimes about crushing each other and leading the winning team to victory, this is ultimately a community; we're all writers helping writers. We cheer on the Pitch Wars success stories every year. We all want you to be one of them. I'm dedicated to the relationships we form during this contest, and to supporting writers during and after the contest. If you'd like to check out some resources I created during and after Pitch Wars last year--which may help you succeed this year!--check out a post in which I describe the most common problems I saw in last year's entries,  some Pitch Wars hints for what makes me thumbs-up or thumbs-down your project, and Five Common Querying Mistakes. And if you have a question about any of my preferences or want to ask if I have an opinion on your genre, leave a comment and I will answer it!

Hey, future super-special mentee, are you out there?

Now onward and upward to visit some of the other mentors! HOP AWAY!


Mister Linky's Magical Widgets -- Easy-Linky widget will appear right here!
This preview will disappear when the widget is displayed on your site.
If this widget does not appear, click here to display it.
Posted by Julie Sondra Decker at 3:21 AM

Email ThisBlogThis!Share to TwitterShare to FacebookShare to Pinterest
Labels: contests, networking, other writers