I'm back with the Monday blog challenge! The lady in charge is Marie at Mom Gets Real. The questions are right here:

One of my biggest fears is being lost. I get lost very easily; I think if there's such a thing as dyslexia for finding your way around, that's what I've got. I hate not knowing where I am or how to get where I'm going, but the reason I fear it instead of just hate it is that this sort of problem usually evokes negative sympathy.

In other words, if I lose my way doing something as simple as trying to go to the bathroom in a restaurant, people think it's really funny, or not a big problem, or not serious, or worthy of contempt. It's a problem that has even led to people shaming me and mocking me, suggesting this issue would go away if I just "paid attention" or "stopped being such an airhead."

These are not the problem, I assure you. 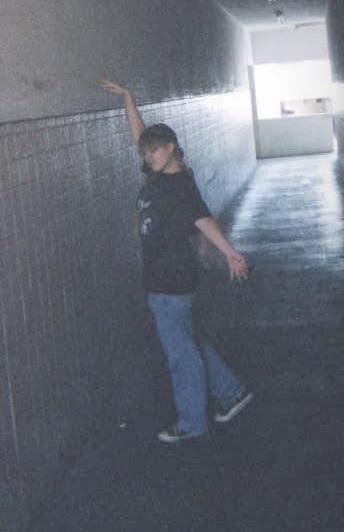 Everybody sucks at something. I suck at finding my way around. I have no sense of direction, and I'm lost as soon as you tell me to make more than one turn. I will almost always turn the wrong way or guess wrong. I can follow signs. I can follow directions and landmarks. I can use maps. When it's possible I bring directions and access to directions that I can follow. I've sometimes even resorted to counting footsteps while joking about leaving a trail of breadcrumbs, because I am much more likely to accurately judge the distance I'm supposed to walk if I know approximately how many steps to take than trying to rely on "about how far away" I think something was.

But all of this would be a lot easier to deal with if people didn't think it was so damn hilarious, or if they didn't talk to me like I'm four years old when I demonstrate that I don't have the ability people are expected to have. Sometimes people exasperatedly tell me it makes no sense that I can't find something if I've been there before, or think it's ridiculous that I ended up in a completely unrelated part of town from the one I was supposed to be in, or treat me like I'm being irresponsible if I can't find their car again when we parked nearby. I'm not trying to be annoying or inconvenience people, and I'm not failing to make an effort.

So I fear getting lost, primarily because when it happens, people almost seem to enjoy blaming me for it and lecturing me about paying attention. When things like that happen, it's hard to get help--especially when people's way of "helping" me involves making assumptions about things I must know or be able to do that I just don't/can't. Being lost itself isn't so bad, but being lost and then having people delight in leaving me on my own to puzzle it out is the worst.
Posted by Julie Sondra Decker at 12:23 PM

Email ThisBlogThis!Share to TwitterShare to FacebookShare to Pinterest
Labels: personal